a park in stockholm is dotted with play spheres by andrénfogelström

the swedish architecture studio andrÃ©nfogelstrÃ¶m completes its vÃ¥rbergstoppen play areas, a space to play, climb and hide in stockholm. vÃ¥rbergstoppen is a hill built on the southern outskirts of the city. the man-made landscape was created in the 1960s using the masses of building new subway lines. City landscape architect Holger Blom led the work to create the two man-made peaks surrounding a perfectly round crater with a diameter of 100 meters (328 feet). the perfect geometries of the built landscape served as inspiration for our work, designing a bird watching tower, viewing platforms, signs and play equipment for the public park.

andrÃ©nfogelstrÃ¶m stains his play spheres near the entrance to a park in Stockholm, aimed at children of all ages. the landscaped park had been developed by the city to serve the continued densification of its vÃ¥rberg and skÃ¤rholmen suburbs. the project is carried out in collaboration with land arkitektur, who was responsible for the overall landscape architecture of the playground.

a playing sphere takes the form of a large orange ball, perched along the steep slope of the hill. it appears to roll down but is firmly anchored to the ground. the perforated metal filters the light from the outside during the day and at night, the illuminated interior lets out a soft glow. in winter it serves as a starting point for the toboggan run, and in summer it serves as a destination for little hill climbers. 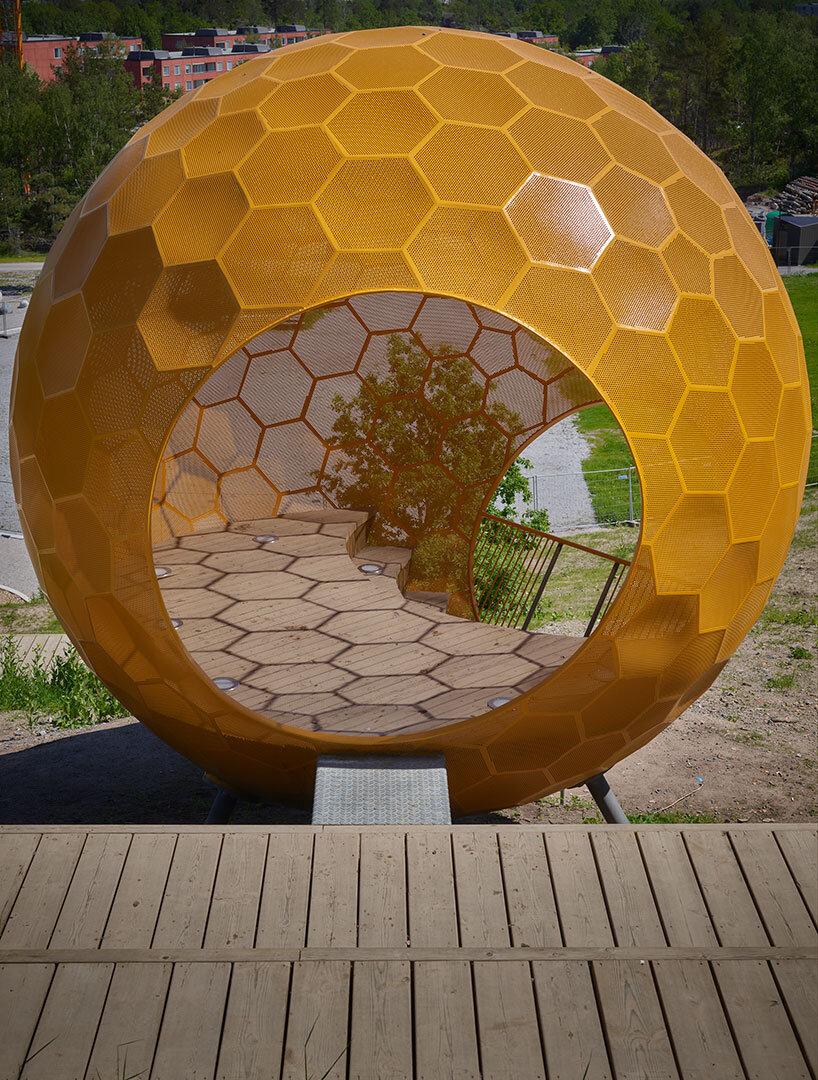 young children in the sandbox can hide in three small play spheres, built by andrÃ©nfogelstrÃ¶m in solid wood. these are placed at a safe climbing height. one sphere has a slide, another has a small bench and small holes for peering. the wooden spheres are machined from solid pieces of fir using a large cnc router. the interior is painted orange with linseed oil paint and the exterior is treated with linseed oil to withstand the harsh Swedish winter. 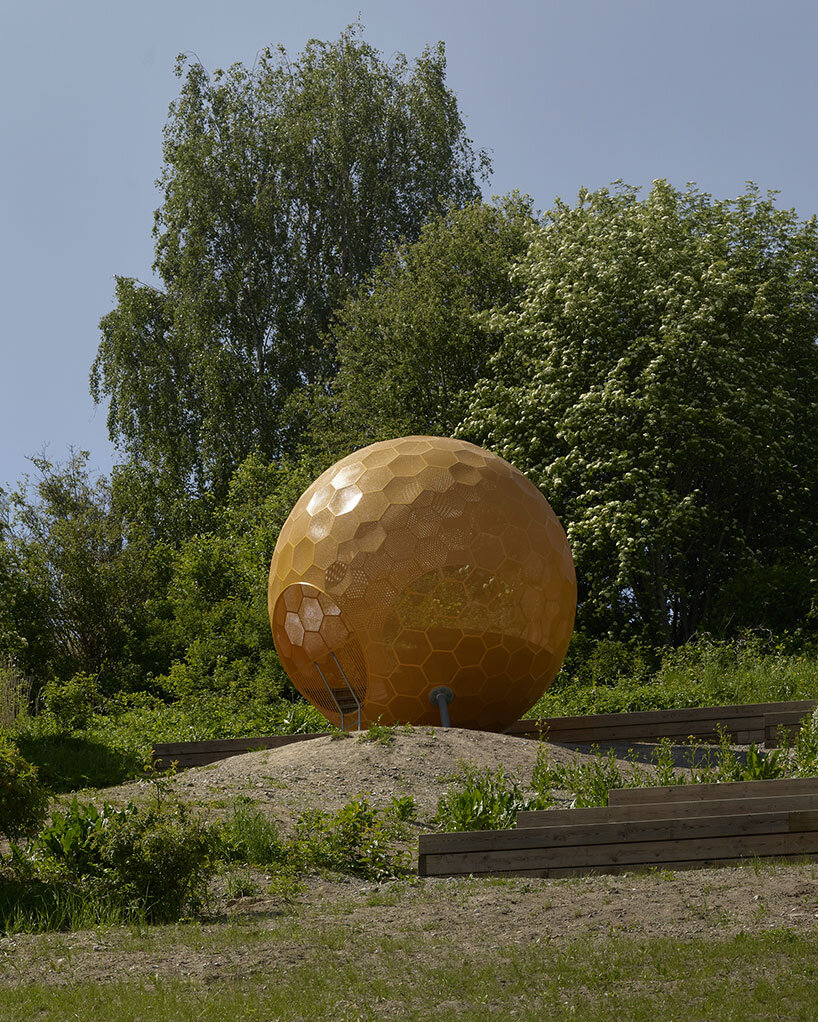 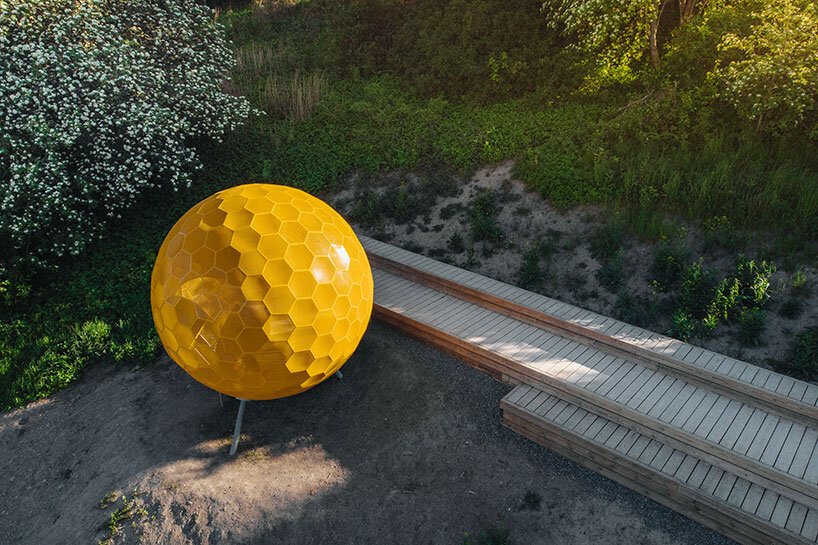 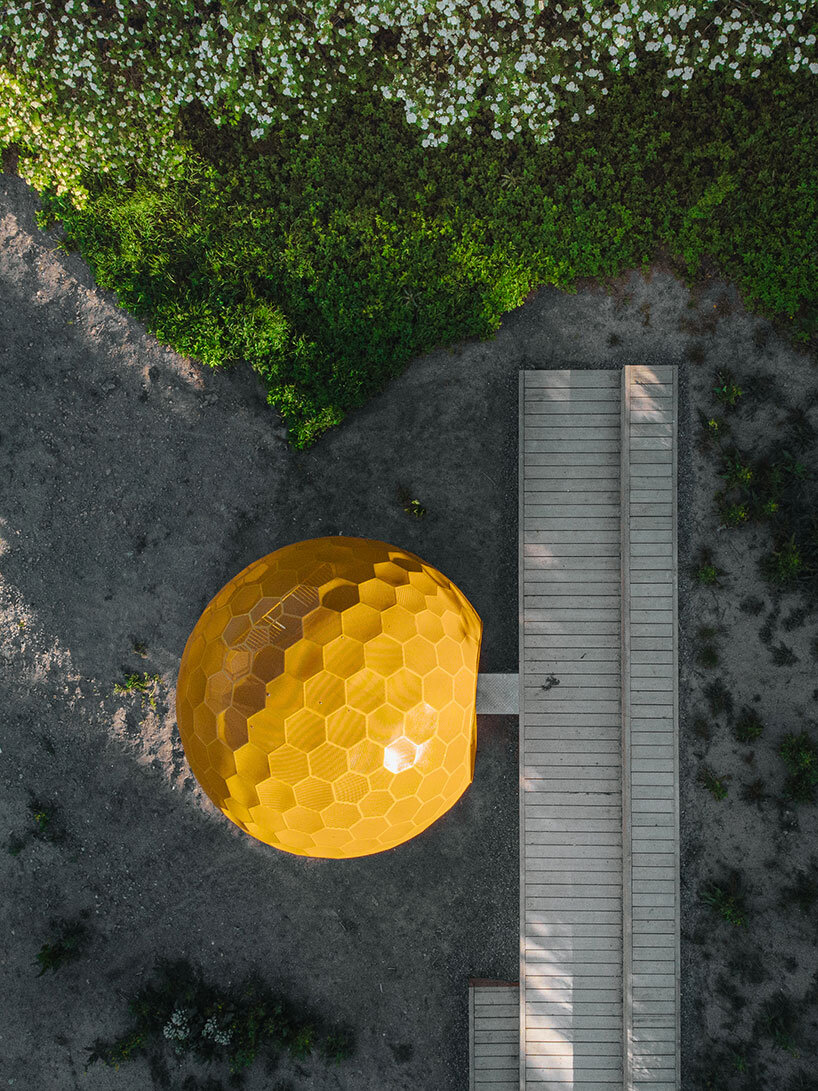 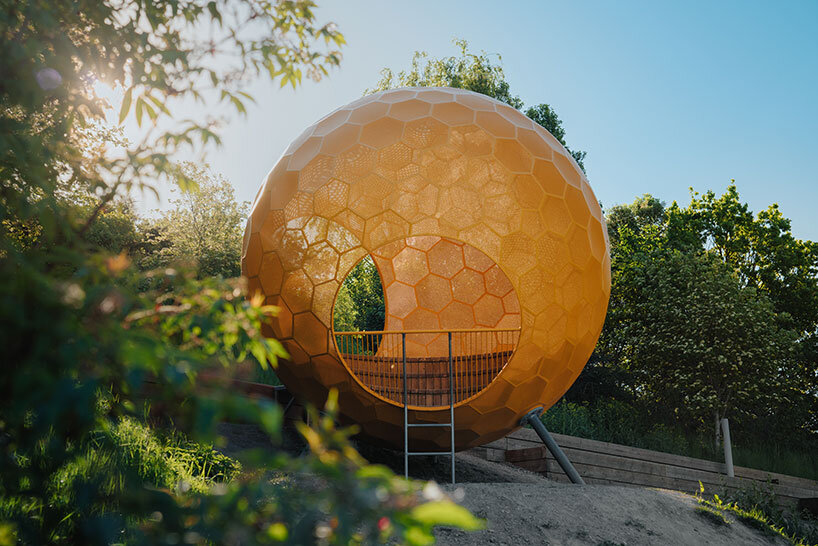 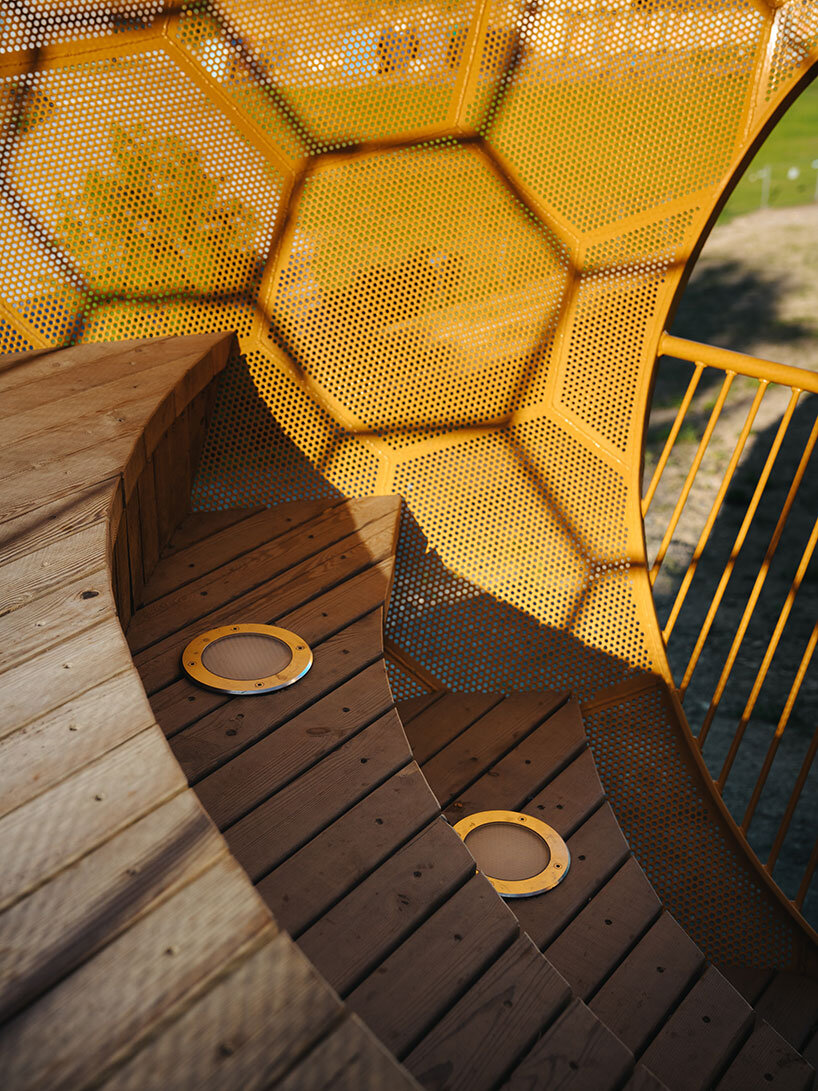 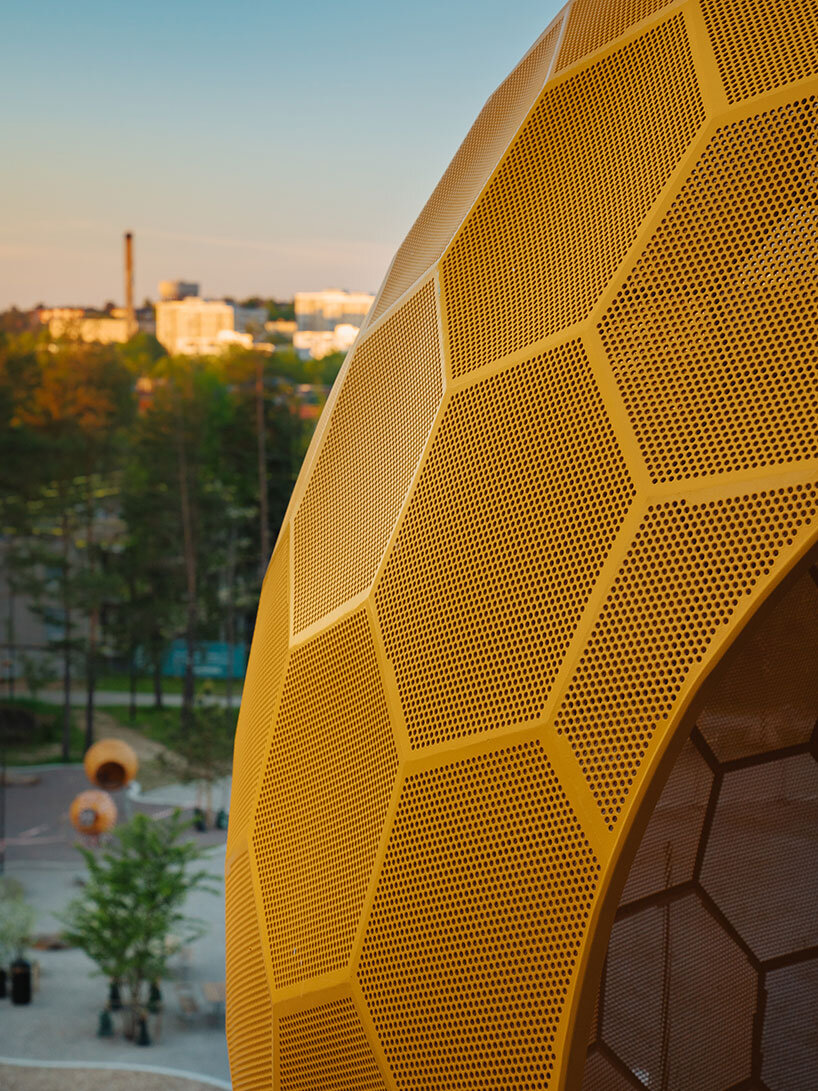 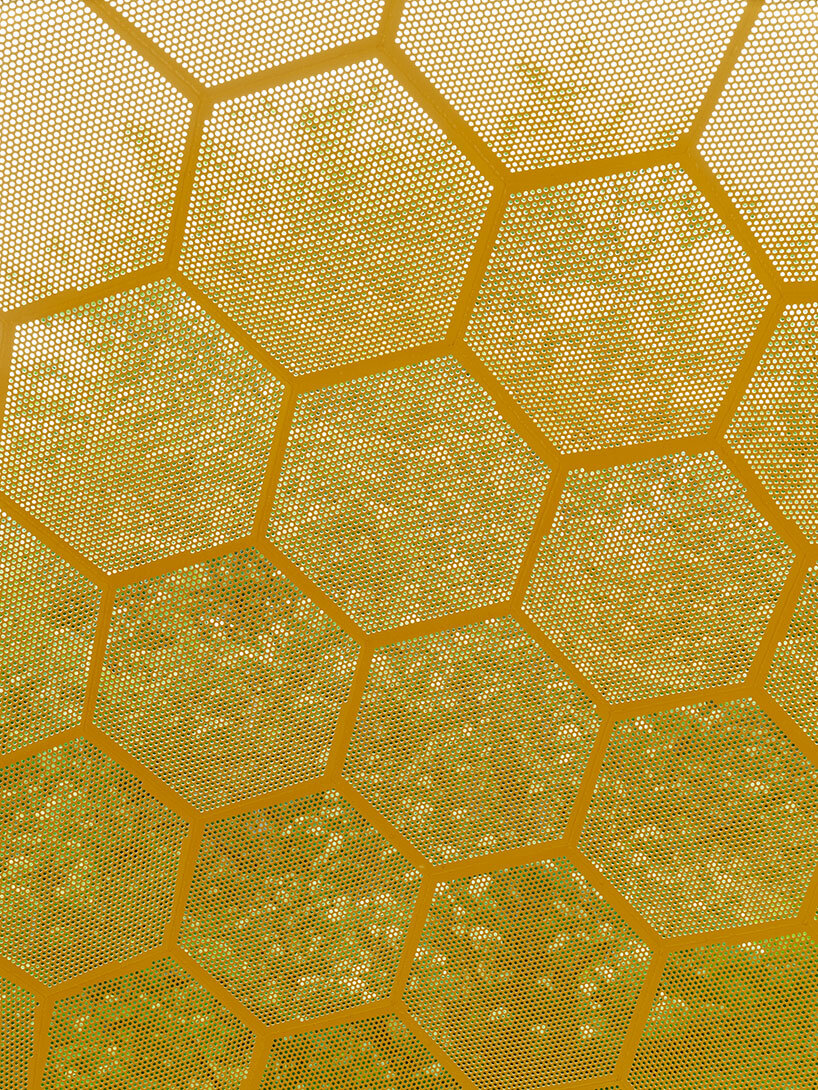