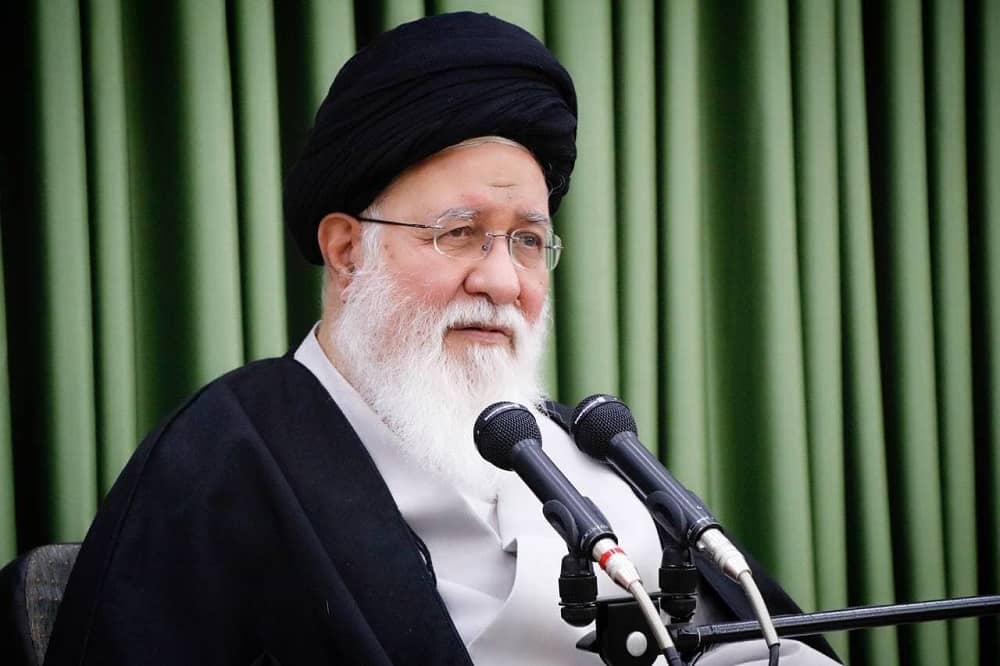 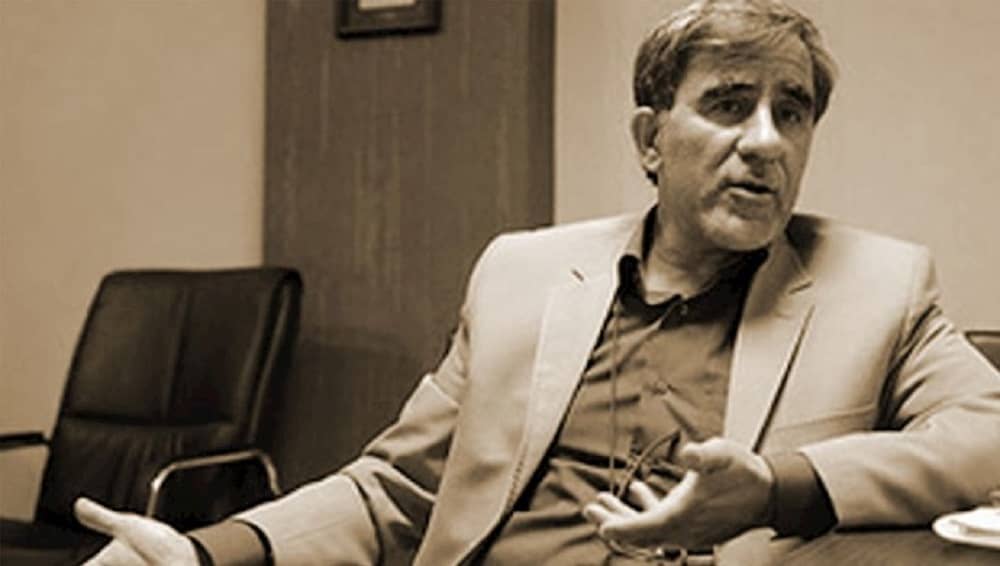 Baitullah Sattarian, a government-affiliated housing expert acknowledged the failing state of the Iranian regime’s economy which can no longer be saved. Speaking to Public Channel 2, Sattarian, discussed Ebrahim Raisi’s promise to build a million new homes by the government.

On Friday September 17, the European Parliament adopted a resolution declaring that Hezbollah, a group affiliated with the Iranian regime, is one of the causes of instability and corruption in Lebanon.

According to Euronews, the resolution reads: “Lebanese Hezbollah still controls key Lebanese government ministries despite the formation of a new government following the resignation of its previous government following an explosion in the port of Beirut that killed more than 217, injured thousands and destroyed part of the capital on August 4, 2020. ”

He also notes that Hezbollah has shown that it has a strong “ideological allegiance” to Iran and that it is destabilizing the Lebanese government. The resolution also accused Hezbollah of suppressing the Lebanese popular movement in 2019 and blamed the group for the political and economic crisis in Lebanon. The European Parliament, which adopted the resolution with 575 votes in favor, 71 against and 39 abstentions, called on all foreign powers to refrain from interfering in the internal affairs and sovereignty of Lebanon and to respect its political independence.

In the same resolution, the European envoys warned that if the Lebanese government did not comply with these recommendations, it would be subject to European sanctions for “obstructing and undermining the democratic political process”. 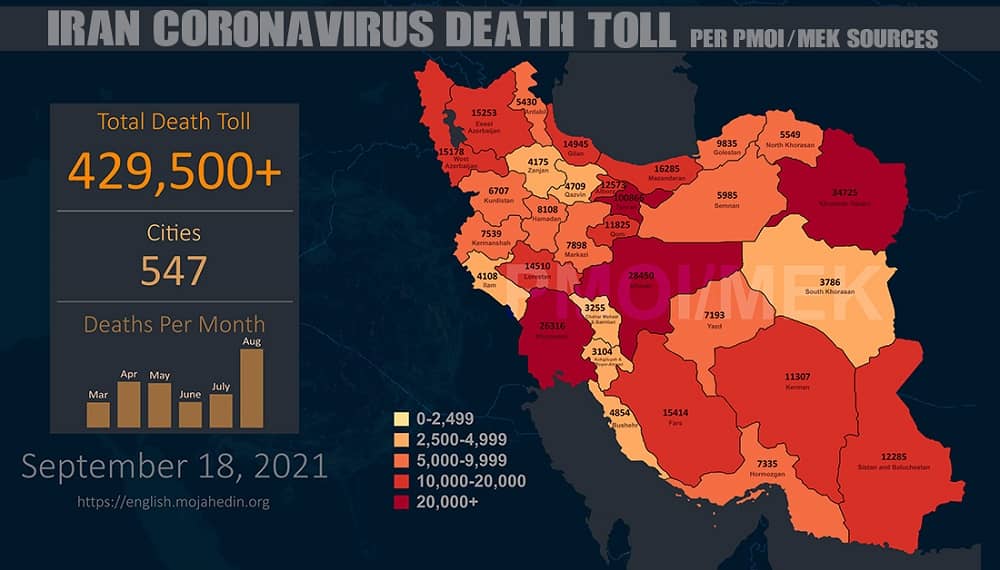 More than 429,500 people died from the novel #coronavirus in 547 cities spread across the 31 Iranian provinces, according to Iranian opposition PMOI / MEK.

“Khomeini ordered us to execute you all”: ex-political prisoner gives poignant testimony in Swedish court 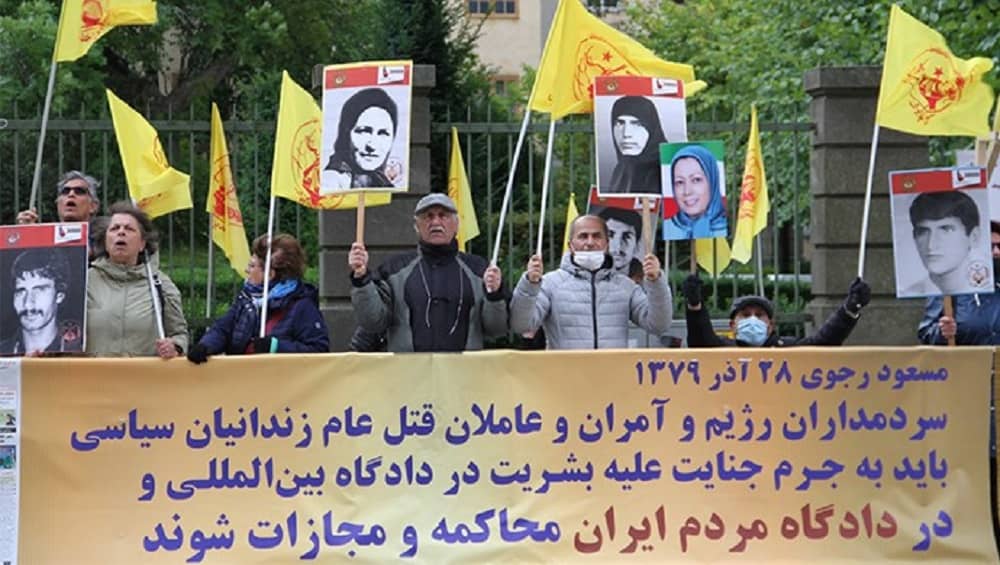 Friday marked the seventeenth session of the trial of Hamid Nouri, an Iranian regime official accused of torturing prisoners and participating in the 1988 massacre of thousands of political prisoners. Nouri is tried in a Swedish court after being apprehended during a trip. As one of the authorities at Gohardasht (Karaj) prison, Nouri is currently on trial in court where many of his victims give poignant testimonies about how he and other regime officials brutally tortured prisoners. .

Tehran reiterates its opposition to UNESCO 2030, risking another civil backlash 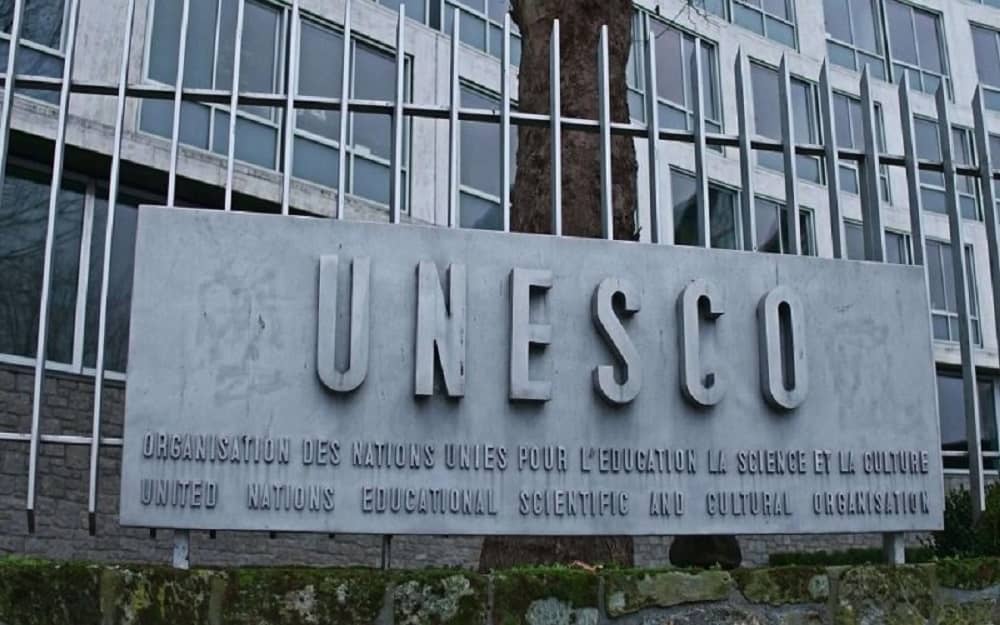 Iran’s new president, Ebrahim Raisi, announced this week that the Islamic Republic will not move forward with the implementation of UNESCO’s 2030 Sustainable Development Plan. The announcement was, at in all respects, redundant.

Although the previous government presented an education policy plan in 2017 that took into consideration some of UNESCO’s recommendations in this area, the plan was canceled a few months later following a backlash from extremist officials, including Supreme Leader Ali Khamenei. 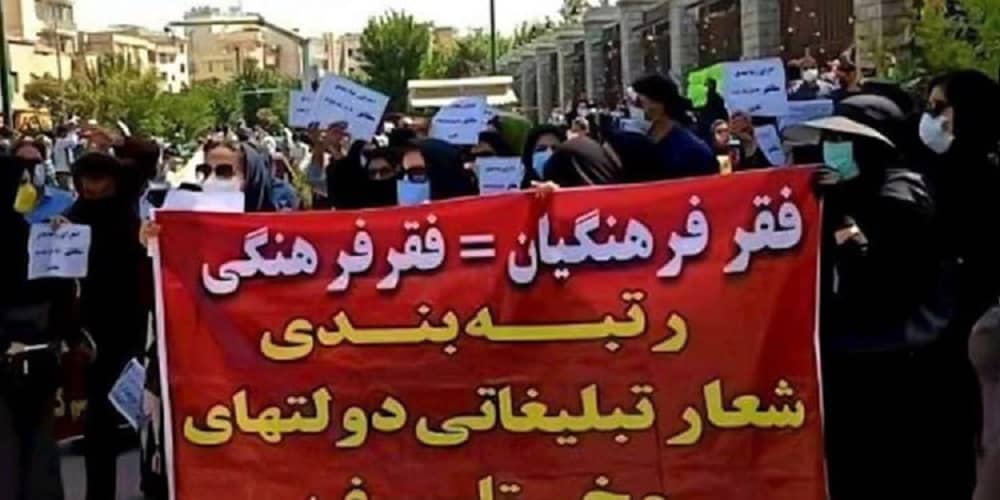 Iranian Bahai detained in Tehran for following his faith 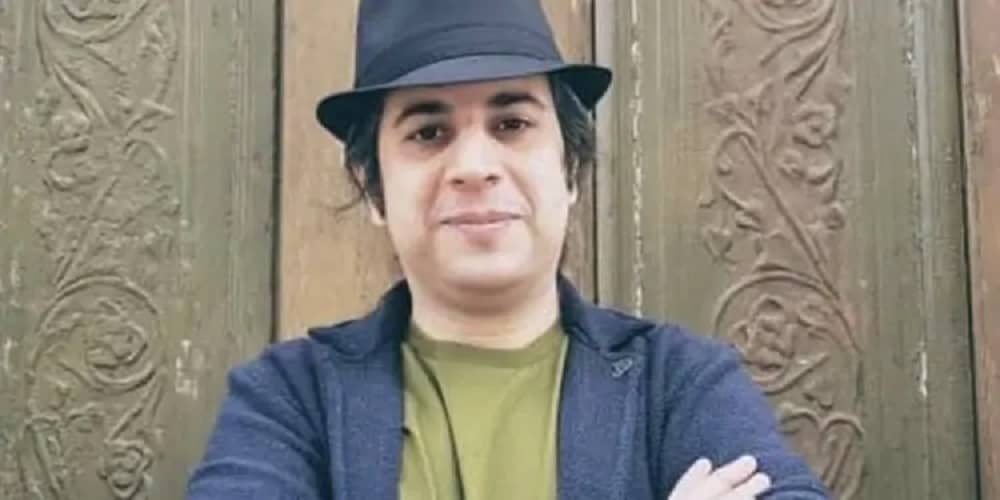 Eighteen days after the arrest of Baha’i citizen Arsalan Yazdani, he is still being held in one of the security detention centers at Evin Prison. Arsalan Yazdani was arrested on September 1 by security forces in Tehran. He was arrested after security forces raided his home and confiscated some of his personal belongings. He was transferred to an unknown location.
During a phone call with his family, Yasdani said he would likely remain in detention for another two to three weeks.